We live in a world of color. Fashion is becoming more vibrant and loud. The entertainment we consume, including movies and music videos, deploy color as a weapon that holds our attention. So why, in this vivid world, should graphic artists still care about black and white designs?

Black and white artwork, designs, and photographs still pop up unexpectedly in popular media. Some may use the medium as a way to convey retro-ness or invoke nostalgia. But these aren’t the only emotions or themes simple black and white designs can give rise to.

Let’s look at some other effects that black and white graphics can evoke, along with reasons why modern graphic artists shouldn’t entirely abandon the classic color combo:

Black White Graphic Patterns Contrast With One Another

Historically speaking, black and white are two opposing shades. Think about how they are used in the Yin and Yang symbol. Or, consider how the forces of good and evil are depicted wearing white and black respectively, in the space saga “Star Wars.”

Artists, storytellers, and filmmakers love using the two shades together when designing because they contrast with one another so well. Black is a bold color, which can embody feelings like power and strength. White is literally blank space, which embodies purity or light.

If you want to draw attention to a certain line of text or an image, using the black-white color combination is an excellent choice. The coupling of the two hues evokes intensity, but without obscuring important information you want the viewer to notice.

It’s difficult to achieve the same effect with bright colors. Viewers are typically attracted to the color, rather than the information or image you want them to notice. As individual colors, black and white are monochrome, so you won’t have to worry about this problem.

Nothing Conveys Sophistication Better than Simple Black and White Patterns

Sophistication often lies in simplicity. Black and white have stood the test of time as the go-to shades to use in everything from movies to couch cushions. For some reason, we continue to associate the two colors with good taste.

This might have to do with the fact that ancient Hellenistic artwork was bleached white (due to weathering, not the artist’s preference, mind you). Classical art is often seen as the height of sophistication even in modern times. And black and white are always excellent choices to convey class and refinement.

Let’s think for a moment what the combination of black and white evokes in our memory. It most likely reminds us of silent movies or black and white photographs. Better yet, the colors are intrinsically linked to the film noir genre.

Filmmakers back in the day didn’t have a choice when it came to shooting their movies in black and white. However, the bare bones technology surprisingly contributed to creating the intrigue associated with the genre. The lack of color draws attention to the dark shadows that build on the mystery and intrigue of the script.

Noir comics and graphic novels exploit this unexpected effect of black and white. Modern artists can leverage these popular associations to give a sense of enigma and mystery to their work.

Designing in black and white has never been easier thanks to high-end machines. You can switch between color and black and white to come up with truly astonishing creative work.

Pay Homage to the Vintage without Losing Modern Audiences

Black and white are ostensibly associated with all things old school, vintage, or historical. Artists can embrace these nostalgic feelings, but without losing touch with modernity, by using the shades of Yin and Yang.

The NYC-based brand Commission uses this effect to their advantage. The brand offers stunning black and white clothing designs, in keeping with modern fashion tastes. You can hark back to the old days with your feet firmly in the present, using black and white.

Aside from fashion, modern films, art, and other graphic media boldly use black and white to create innovative works and pieces without losing touch with the old. It certainly shows the enduring power of the two most popular contrasting shades.

Several colors on the spectrum have the ability to create arresting visuals but none do it better than black and white. The contrasting quality of the two shades, as mentioned, works incredibly well with geometric patterns. In other words, artists can change the viewer’s perspective noticeably just by using black and white.

The standard print layout shows text that moves from left to right on a two-dimensional plane. Black and white can be effectively used to follow a different visual direction. The simplicity of the colors still conveys the meaning without confusing the viewer.

Black and white patterns can look three dimensional or even animated with the right perspective. You won’t need expensive software to create 3D visual effects, as long as you know how to apply black and white foregrounds and backgrounds.

Want a design that is neat yet pointedly eye-catching? Black and white lines and sharp patterns can create orderly art that stands out in contrast to the use of multiple colors. Such designs work exceptionally well in black and white as the shades can bring out patterns through their contrast.

Orderly black and white patterns are stylish on their own. They don’t necessarily invoke feelings of nostalgia or old school charm. Artists can go bold and big just by using the two colors and a whole lot of lines.

Horizontal and vertical lines, pinstripes, crosses, and squares are popular renditions of using black and white lines to generate geometric patterns, shapes, and shadows. You will find these effects commonly used in the fashion and interior design industries.

Rise Up the SEO Ranks with Black and White Website Design

Climbing up the search engine rankings on Google isn’t limited to just one factor. However, clean and minimalist designs can increase page load speed and user-friendliness, resulting in better SEO results. There’s no better color to deploy in a minimalist design than black and white.

As mentioned earlier, the colors are excellent for designing arresting imagery without gimmicks. Websites can use these contrasting shades to highlight important sections and content. Besides, black and white appear largely the same across different computers and handheld designs.

Websites can be highly creative just by using these two shades without having to resort to bulky images. When used correctly, black and white can give online graphics depth and clarity without the need for expensive effects.

Deploy Themes with the Notions Associated with Color

There are no better hues than black and white for creating themed art. Popular imagination already associates the colors with certain aspects and traits. Black, prominently stands for death and despair. White is usually invoked to convey purity, cleanliness, and light (or life).

Artists can play up these themes simply by utilizing these shades. It is possible to communicate meaning through graphics, without making use of a single word or line of text. And when it comes to lettering, black and white will make your message even more powerful.

Play Up Both Masculine and Feminine Styles

Black is also generally associated with masculinity. That’s why you might see this shade prominently featured in perfume and liquor ads for men. White is often associated with women, as a feminine hue featured in wedding dresses, homemaking magazines, and childcare material. And yet, the two colors can be interchanged to extol the virtues of either Mars or Venus.

The contrast is perfect to both emphasize and disregard the norms of gender. Consider, for example, black and white flower designs. They are stylistically curvy to showcase feminism, and the pattern is great for gender nonbinary purposes as well. If your artwork has a gender aspect, black and white is a classy alternative to the overdone blue and pink.

There’s no better color combination if you want to big and bold than black and white. You can work up the negative space to your advantage and create an unmistakably conspicuous statement with these colors. Even bright shades in branding are often paired with a fair amount of black or white, such as in the Google logo.

Certainly, a number of factors play a role in branding decisions. But for most target audiences, black and white do stand out. The colors are inoffensive and neutral and won’t stir up controversy.

In a world ablaze with color, artists and marketers can create a powerful impression with black and white. Though seemingly unremarkable, the two shades are surprisingly versatile and malleable when used together.

Black and white are also associated with the past. At the same time, these shades convey modernity due to the minimalist and stripped down look they evoke. Graphic artists can employ the shades to create emphasis, patterns, and an overall boldness in their work.

So don’t be quick to dismiss black and white designs just yet. They never went away. Rather, they will continue to remain in style.

How To Create A High Impact Hero Image For Your Website 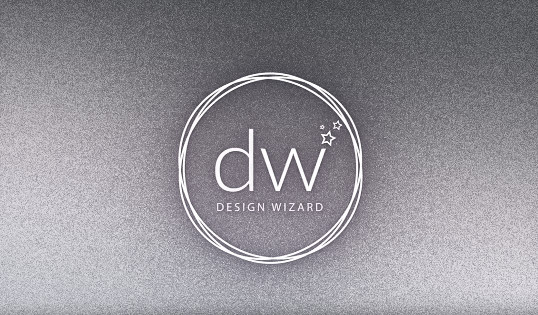 The 100 Most Effective Event Marketing Ideas of 2019